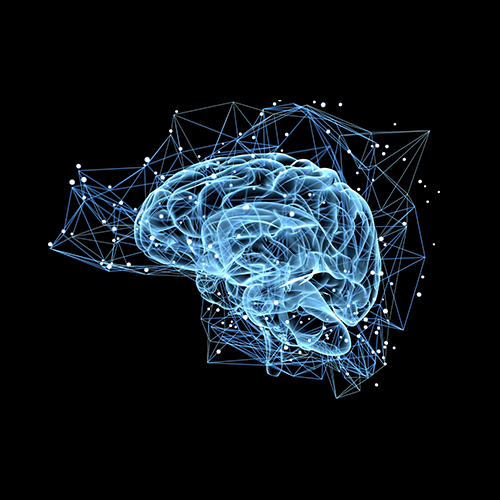 The Faculty of Science was featured in the February edition of Innovatus, a special issue of yFile that is devoted to teaching and learning innovation at York University. Stories about our new Neuroscience program, experiential education opportunities, and more were included. Read more

Maclean‘s highlighted Biophysics as a standout program in its profile of York University.

Our York Science Communicators in Residence organized a variety of training opportunities for our researchers, including a photography workshop series taught by B.D. Colen and a seminar about collaborating with museums presented by Patchen Barss.

The Department of Physics & Astronomy and Future Women in Physics at York University hosted Death of a Universe, a free public event featuring Dr. Katie Mack. After the event, there was a public viewing and tour of the Allan I. Carswell Observatory.

Dawn Bazely (Biology) was interviewed for a story about the climate crisis and how it’s affecting our health in yFile’s Brainstorm.

Elaina Hyde (Physics & Astronomy) interviewed Dr. Amanda Maneypeney about careers in physics and astronomy and women in astronomy for the York Universe Radio show. She also presented Telescopes and Data Science, a match made in the heavens at the annual general meeting of RASC Mississauga.

Alex Mills (Biology) was appointed a Regional Coordinator of the next Ontario Breeding Bird Atlas project.

Laurence Packer (Biology) presented Beauty & the Bees: Their Diversity and Importance at the Arts and Letters Club. He also answered questions about bees through video conference with students from Killaloe Public School.

Jianhong Wu (Mathematics & Statistics) is heading a rapid response task force to study the mathematical modelling of COVID-19 in collaboration with the Fields Institute and other institutes in Canada. He co-organized a Mathematics of COVID-19 workshop at the Fields Institute to assemble a national group of experts to provide mathematical support for decision making and the prevention and control of this virus. Huaiping Zhu and Jane Heffernan (Mathematics & Statistics) and postdocs Biao Tang and Nicola Luigi Bragazzi (Laboratory for Industrial and Applied Mathematics) presented their work.

Research by PhD student Cherie Brown and her supervisor Georg Zoidl (Biology) about the mechanisms of neuronal communication was featured in yFile’s Brainstorm.

Adam Muzzin (Physics & Astronomy) and his postdoc Cemile Marsan were co-authors on An Extremely Massive Quiescent Galaxy at z = 3.493: Evidence of Insufficiently Rapid Quenching Mechanisms in Theoretical Models* in The Astrophysical Journal Letters.

Jianhong Wu (Mathematics & Statistics), his postdocs Biao Tang and Nicola Luigi Bragazzi and PhD student Qian Li (Laboratory for Industrial and Applied Mathematics) published Estimation of the Transmission Risk of 2019-nCov and Its Implication for Public Health Interventions on SSRN. This is the first of a series of papers that has been downloaded more than 10,000 times and is a major reference of the “Coronavirus severity and global impacts” analysis conducted by J.P. Morgan.

Graduate students Ksenia Timonina and Anna Kotova and their supervisor Georg Zoidl (Biology) published Role of an Aromatic–Aromatic Interaction in the Assembly and Trafficking of the Zebrafish Panx1a Membrane Channel in Biomolecules.

Paul Delaney (Physics & Astronomy) commented on fast radio bursts for AM1010, AM640 and Global News, constellation satellites for AM640, CHML900, and CTV News, and the supermoon and solar orbiter launch with CTV News.

The first observation of the so-called Lamb Shift in antihydrogen, published by the ALPHA Collaboration, including Scott Menary (Physics & Astronomy) was covered widely by media, including Nature News and Views, Wired, Scientific American, New Scientist and more.

Adam Muzzin (Physics & Astronomy) and his postdoc Cemile Marsan spoke to CBC News about their discovery of a massive galaxy that stopped forming stars.

March 3 – “Our Voices, Our Experiences: Innovation Through Inclusion in the Sciences,” presented by Dr. Mahadeo A. Sukhai, Head of Research and Chief Accessibility Officer at Canadian National Institute for the Blind. 10:00 am – 12:00 noon or 2:00 – 4:00 pm, Lumbers 306. RSVP here.

March 5 – “The whole is greater than the sum of the parts: a research poster project provides an integrative framework for learning across courses in Biology,” presented by Dr. Aarthi Ashok (University of Toronto). 11:30am – 1pm, Lumbers 306. RSVP here.