The Faculty of Science at York University is inviting expressions of interest for the York Science Communicator in Residence program. We aim to recognize outstanding science communicators and to promote excellence in science-related communications by immersing them in an academic scientific setting where they get to know eminent researchers, who in turn learn from the residents about effective ways of communicating science stories.

We welcome applications from Canadian and international science journalists in all media (e.g. digital, print, radio, television, etc.) who are currently pursuing either full-time or freelance careers, as well as scientists who are actively engaged in science communications. York University teaching staff or students will not be considered for this program.

The term of residence is flexible but must be between four weeks to four months and must fall within the academic year (September 2020 to April 2021). The residents will receive a competitive stipend, which depends on the length of stay, in addition to an office and access to the academic resources and intellectual community at the Faculty of Science at York University. While York Science Communicators in Residence may hold other positions, they will be expected to spend a significant portion of their residence at the Faculty.

Interested individuals should submit an application consisting of the following: (1) curriculum vitae; (2) a brief proposal of residency (one to two pages); (3) three samples of science communication work (or links to such); and (4) names and contact information of two referees, who will be contacted for short-listed candidates. The proposal should specify the preferred dates and length of stay, and whether any special equipment or materials would be required, which the candidate is not in a position to supply, or any other costs associated with the project. 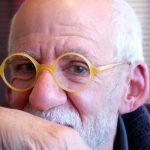 Between his years as a reporter, editor and columnist for the Washington Post and Newsday, and his years in academic and corporate public affairs, B.D. Colen, a Pulitzer Prize recipient, has 40 years of experience in science and medical communications.

Colen, who taught science feature writing, news writing and documentary photography for 19 years at the Massachusetts Institute of Technology (MIT), covered subjects ranging from the early years of the HIV-AIDS epidemic to bioethical issues surrounding death and dying and the care of premature infants. In his public affairs career, he was at various points the media affairs director for Harvard Medical School, communications director of the Dana-Farber Cancer Institute, and for 11 years he was the director of communications for the Harvard Stem Cell Institute and Harvard University’s senior communications officer for university science.

Colen is the author of 10 published books, all on medically related subjects, including Born At Risk, O.R. The True Story of 24 hours in a Hospital Operating Room, and Hard Choices: Mixed Blessings of Modern Medical Technology. 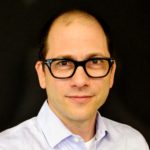 Barss tells stories about emerging multidisciplinary research. He has written, edited and produced material for television, magazines and newspapers, as well as for universities, museums, research institutes and public outreach campaigns. He most commonly writes about cosmology, artificial intelligence, genetics, the relationship between math and nature, and similar meaty topics.

“I’m interested in messy, process-based, incremental research more than headline-grabbing breakthroughs,” he says. “The York science communicator residency is a rare opportunity to watch scientists at work over time, pursuing questions they are most curious about, and whose answers tend to be complex and elusive. These are the stories I like to tell.”

Barss has worked for the BBC, CBC, the Discovery Channel and TVO; Scientific American, Nautilus, The Walrus and the National Post; the Canadian Institute for Advanced Research and the Council of Ontario Universities. His children’s book, Flow Spin Grow: Looking for Patterns in Nature, came out in 2018 from Owlkids Books.

Working with cultural consulting firm Lord Cultural Resources, Barss has developed content and strategy for the Perlan Museum of Natural Wonders in Reykjavik and the University of Michigan Museum of Natural History, as well as for many other science, children’s and general interest museums. He also works as a research communications trainer, helping scientists connect more effectively with media, policy makers, donors and the general public.